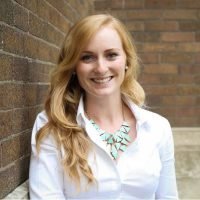 CSO Jacqueline Cook is responsible for driving a growth mindset through alignment and focus throughout Vendasta’s departments. She leads Vendasta’s internationalization efforts and gathers key organizational data and customer insights to drive product strategy and ensure the
company is achieving its long-term goals.

Jacqueline is an alumnus of The Next 36 Entrepreneurial Institute, Canada’s premier entrepreneurial leadership initiative. During the program, she co-founded and was CEO of Triumf Mobile Rewards: a tablet and Smartphone-based platform for small and medium-sized
businesses to customize their own loyalty rewards programs. She has been a speaker at events such as TEDx UofS and WE DAY 2015 and has represented Canada at the 2010 G8 and G20 Summits, the 2010 APEC Summit in Japan, and at the 2011 G20 Young Entrepreneur Summit
in France.

Jacqueline has been a recipient of CBC Saskatchewan’s Future 40 under 40 and a YWCA Women of Distinction Award. She was recently named on the “30 Women in Canadian Tech Worth Following”.